BHWP Spotlight
A Study in Wellness
Wellness in Practice:

Awake!
In The Flow
Nourish

Following almost two years of preparation, we successfully launched our DIMENSIONS: Motivational Interviewing for Behavior Change – Level I program in February. Healthcare professionals new to Motivational Interviewing (MI) participated in our two-day training to learn about the basics of MI, MI strategies to support behavior change, and engage in MI skills practice. I am extremely proud of our team’s collaborative spirit and their ability to elevate each other’s work to create such a wonderful, experiential training. 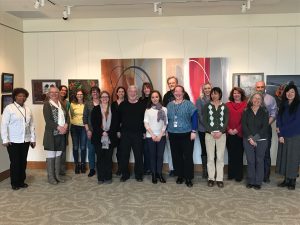 If you haven’t already registered for the Rocky Mountain Tobacco Treatment Specialist Certification program being held May 15-18 in Denver, Colorado, there is still space available. Register today!

And we’re on the road again. BHWP team members will be traveling to Austin, Texas to present at the North American Quitline Consortium 2017 Conference: Advancing Quitline Practice through Innovations and Research and the 2017 National Conference on Tobacco or Health. We hope to catch up with many of you while in the Lone Star State!

In early April, we’re headed to Seattle, Washington for NatCon17, the National Council for Behavioral Health’s annual conference. We’re excited to reconnect with our colleagues across the country and looking forward to an engaging program on the intersection of innovation and action.

Also in April, our travels will take us to Michigan, California, Vermont, and Kansas to work with our partners to address the tobacco cessation needs of at-risk populations including persons with mental illnesses and substance use disorders, pregnant mothers, and youth. I am continually energized by the innovation happening across the nation. Have a great few months!

A Study in Wellness

Coffee has been one of my favorite things since I was about 15 years old. For a brief, fleeting moment, I went through a Monty Python-inspired Anglophile phase, complete with scorched tea and cream. But once past that, I have been deeply into coffee ever since. And now that there’s a tiny Pavlik in the house, its importance to me has only been elevated.

Coffee, for most of my life, has had a pretty rough reputation. And that reputation was formed in American science’s seamy underbelly of improperly applied statistics.1 Basically, researchers either did not know to or did not care to separate out the harmful effects of smoking on health. That is, until recently, coffee drinking and smoking were companion behaviors. So, until the prevalence rate of smoking began its rapid fall in the late 90s, it was hard for researchers to find available pools of people who both drank coffee and did not or had not smoked.

This was doubly troubling because smoking seems to undo a lot of coffee’s protective health effects and in at least one area (lung cancer) the combination of the two seems to be worse than smoking alone (Drinking coffee seems to protect against lung cancer in those that do not smoke2).

Aaron Carroll, a pediatrician and health researcher in my old home state of Indiana, has already done the legwork of culling the latest in systematic reviews and meta-analysis on the topic, so if you’re interested, I highly encourage you to check out his Upshot column from 2015.

Let’s take a look at some of the highlights.

Coffee (3-5 cups per day) reduces the risk of cardiovascular disease,3 stroke,4 and heart failure.5 It boosts the performance of Hepatitis C drugs, improves laboratory values in those at risk for liver disease. For those who have liver diseases, it slows the progress toward cirrhosis. For those with cirrhosis, it decreases the risk of developing liver cancer.6 In the general population, coffee is associated with a 40% decrease in the relative risk of developing liver cancer.7 And not just liver cancer. Coffee reduces the overall risk of cancer—period. And not just cancer. Coffee is associated with a significant reduction in all-cause mortality.8,9

As Carroll mentions, the science here is so overwhelming that in 2015, for the first time ever, the Scientific Report of the 2015 Dietary Guidelines Advisory Committee10 recommends moderate coffee consumption (3-5 cups per day), citing as its rationale coffee’s reduction in the risk of developing Type 2 diabetes, cardiovascular disease, and its protective association against Parkinson’s.

Now if I could only find a way to get down to just 3 to 5 cups per day.

I count myself as one of the fortunate ones. I live in a state with an abundance of natural beauty. Every day, I orient myself by the spectacular view of the Rocky Mountains. I can easily drive myself to a hiking trail or a lake on which to kayak. While this all sounds well and good on my days off, what do I do when I’m at work? While in the office, it doesn’t take much to lose track of time—a few meetings, catching up on emails, and working my way through a to do list. Then, suddenly, the day is over and I haven’t seen anything but the same four walls.

It’s for this reason that I do my best to step outside for a break. Whether I sit on a bench or take a stroll around my building, it’s a quiet respite. I savor the brilliance of a bright blue cloudless sky. I allow the radiant sun to warm my back. Closing my eyes, I take a slow, deep, and complete breath. Just being outside for a time, no matter how brief, can provide nourishment. It can change my perspective. It helps me to recharge.

The things we do to take care of ourselves don’t always require a lot of time or energy. It just takes attention. It takes being aware of what we need, emotionally or physically, and following through with action. Of course, I want to take more time for self-care. And I will when I have it. But I’m not waiting until my schedule opens up or my next vacation. I’m doing it now. Even if for a short time, I’m going to revel in it.

This was just one of many techniques my mother used to settle us down on the rare occasion that we ventured en masse out from our apartment and into the world. Herding nine kids was no easy feat and getting us to listen to the trees was just one of many focusing strategies drawn from my mom’s full-sized bag of tricks. My older brothers giggled and pooh-poohed the notion of talking trees but my sisters and I were convinced that mom was right—trees do talk.

Many years have passed since those family excursions and I’ve frequently thought about the language of trees. This is more so on my mind now as spring approaches. For a self-proclaimed tree whisperer, spring is a jubilant time! 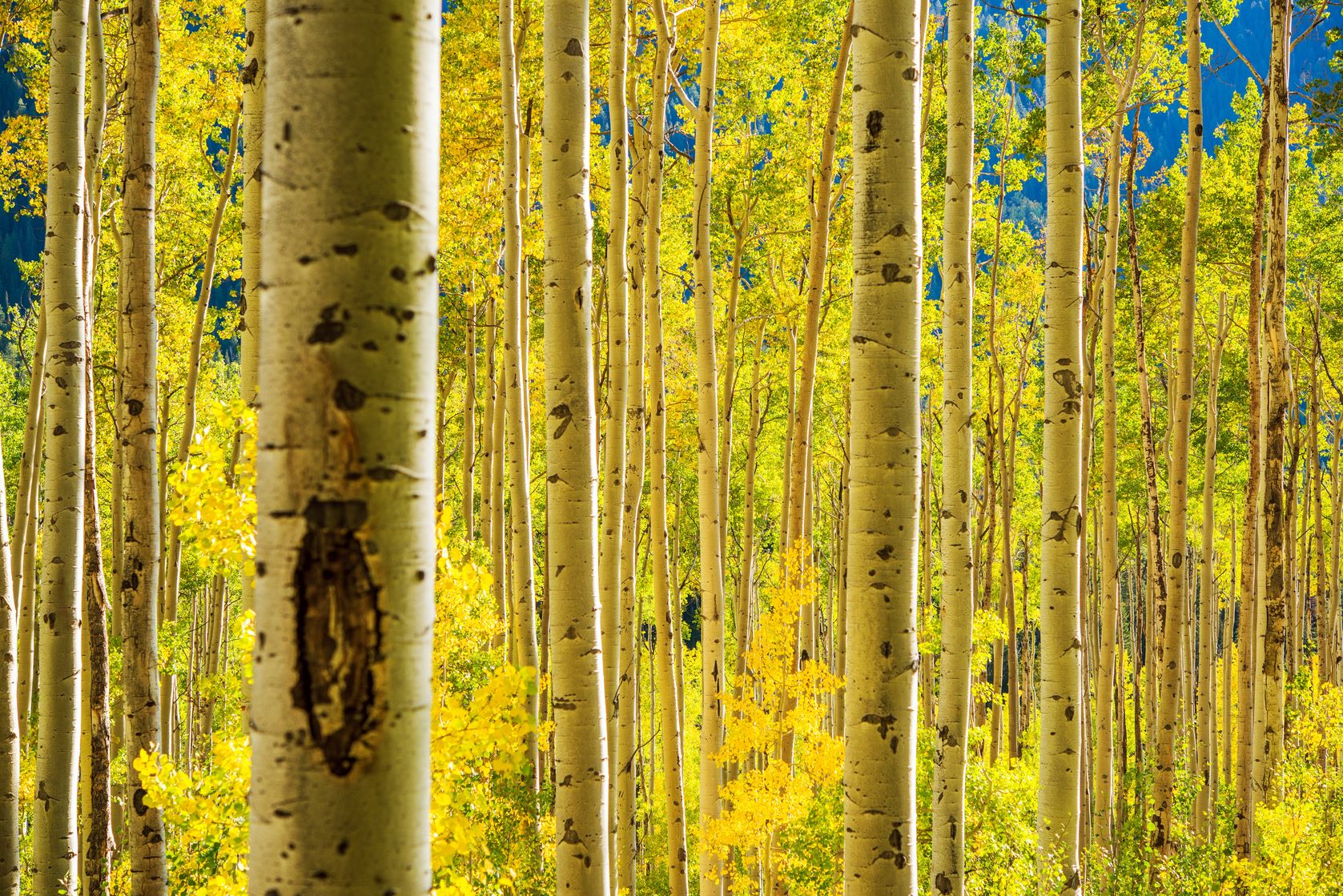 But what is it exactly that the trees are saying to each other? According to emerging principles of forest ecology, trees are ever sharing environmental information and bartering resources in the form of water, carbon, nutrients, and hormones via a vast deep root system and an intricate underground fungal network called the mycorrhiza. It appears that tree families include mothers who not only share provisional food stores with distant relatives but provide preferential care to their own seedlings. In fact, it has been documented that dying mother trees communicate distress signals and pass excess carbon stores to their own progeny; thus, they strategically enhance the resiliency of their own kin to future stress, just as human mothers do.

So, while out for my springtime walk in the park or hike in the woods, I will quiet my mind as my mother suggested. I will tune into the hum of the “wood-wide” web beneath my feet and learn from the narrative of nature as expressed in the fostering and collective language of trees.

Last summer, I worked with a nonprofit in Flint, Michigan. Throughout the agency, someone had placed signs in the bathroom, in the kitchen, and over each drinking fountain. “Do not drink this water!” A few months later, at the Cannon Office Building in Washington, DC, I noticed that nondescript, “out of order” signs were placed above the water fountains between congressional offices. While the signs did not convey the reason for which the fountains were no longer in use, earlier reports revealed that elevated lead levels have been found in the building’s drinking water.1,2 I came across similar signs once again this winter, when I began working with the Behavioral Health and Wellness Program at the University of Colorado Anshutz Medical Campus. In the bathroom and in the kitchen of our office I was greeted by signs bearing a familiar message, “ATTENTION: Water in this building contains lead!!!”

Drinking water has been increasingly recognized as a contributor to lead exposure. Lead is a known neurotoxin that can cause damage to the brain, liver, kidney and bones.3 While Flint is perhaps the most widely recognized example of lead exposure caused by drinking water from corroded lead pipes, the problem is widespread. In fact, lead was commonly used as a material for both pipes and solder until 1986.4,5

Denver has a history of lead in the city’s drinking water. In 2012, the City of Denver found that the water within one out of every eight Denver homes with lead plumbing was contaminated with lead.6 The majority of these homes were built before 1920. In response, Denver Water instituted a number of lead mitigation efforts, including free lead testing.

So since moving into my Denver home (built c. 1896), I have been cautious about the water I drink from my faucet. Flushing the pipes with cold water has become a part of my morning coffee routine. Until now, and despite my precautions, I have been reluctant to have my own water tested. As I sit at my desk and enjoy my morning coffee, I can’t help but think: perhaps it is about time.

The mission of the Behavioral Health and Wellness Program is to improve quality of life by facilitating evidence-based health behavior change for communities, organizations, and individuals